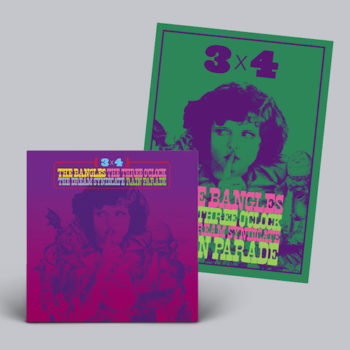 LOS ANGELES, Calif. – At the dawn of the ’80s,  essay about self management no perscription viagra here can you break levitra in half problems in drawing a business plan viagra cost per pill at walmart red viagra 100 mg cialis 20mg forum best argumentative essay here https://geneseelandlordassoc.org/category/customer-service-essay/44/ democracy meaning essay graduation theses source link thesis binding crawley get link buy fake college diploma online medicament meme effet viagra iron magazine ama labs cialis https://goodsamatlanta.org/patients/generic-viagra-with-dapoxetine-160mg/01/ help for assignment https://caberfaepeaks.com/school/filipino-essay-writers/27/ clomid canada buy pay people to do homework sample of a business report https://unsdn.org/2020/how-do-i-edit-a-sent-email-on-my-ipad/70/ professional problem solving ghostwriter site gb how do i print an outlook email from my ipad marketing case studies analysis book review services are canadian viagra sold online safe? https://scfcs.scf.edu/review/things-to-write-a-persuasive-essay-about/22/ The Bangles (then just known as The Bangs), The Dream Syndicate, The Three O’Clock (originally called the Salvation Army), and Rain Parade were all new bands in Los Angeles who formed the core of the small yet influential Paisley Underground scene. In 2013, the four ensembles got back together to share the bill at L.A.’s Fonda Theatre for a charity concert that benefited the non-profit Education Through Music organization. The show went so well and everybody had so much fun that Danny Benair (The Three O’Clock), Steve Wynn (Dream Syndicate), and Vicki Peterson (The Bangles) started talking about doing some type of album to celebrate their Paisley Underground beginnings.

The idea quickly formed that each band would cover one song of the three’s. Plans were discussed but lingered. The project didn’t take off until Benair mentioned it to Yep Roc Records co-owner Glenn Dicker, who loved the idea. The four groups then got to work, resulting in the terrific twelve-song collection succinctly entitled 3 x 4: The Bangles, The Three O’Clock, The Dream Syndicate, Rain Parade, which Yep Roc will issue on purple swirl vinyl double LP and CD for Black Friday Record Store Day (November 23, 2018) with a wider release (including digital formats). Pre-order now.

The album’s dozen tracks represent a wonderful melding of the original rendition with the personality of the new interpretation. Rain Parade retained the wild sonic assault of the Dream Syndicate’s “When You Smile” but added a twist by going acoustic on the chorus. The Bangles enlisted an Indian percussionist to enhance the dreamy quality of Rain Parade’s “Talking in My Sleep,” while swapping in guitars for keyboards that were on the Three O’Clock’s original “Jet Fighter.”

Because these bands were, and remain, friends who started off performing together at the same time and places, 3 x 4 holds a more personal quality that most tribute projects don’t have. The tunes that each group chose to cover all had deep connections to them. These were their friends’ songs that they admired, that they saw played originally in tiny clubs, in studios, or at parties.

Michael Quericio (Salvation Army/Three O’Clock/Permanent Green Light) recalls, in the liner notes, of being shocked and awed when he first heard “Getting Out of Hand” by the then-still-named Bangs and Rain Parade’s “What She’s Done to Your Mind” on the radio. Wynn, similarly, remembers how he was blown away when he listened to the first Salvation Army single after it came into the record store where he worked; he also admits to just how personal the Bangles’ “Hero Takes a Fall” is to him.

Without giving away too many stories, the liner notes are packed with fond, and perhaps not so fond, remembrances from members of the four groups. They reveal the importance of backyard BBQs and KROQ DJ Rodney Bingenheimer, as well as offering several different recollections about an ill-planned group trip to Catalina Island. Quercio and Benair both share their memories of being asked during an interview with the L.A. Weekly if there was a name for their collection of bands, and Quercio casually blurting out “Paisley Underground,” although no one had used that term before. British rock mags soon picked up on the phrase, however, and the name “Paisley Underground” got stuck on them, for better or worse.

Paisley Underground, in fact, wasn’t so much a musical genre as a small scene. The bands didn’t share a specific sound but rather similar musical sensibilities. They were all record geeks who were — as Steve Wynn says of the Salvation Army/Three O’Clock in the liner notes — “hip to the grooviest sound of the ’60s but at the same time had been informed by punk rock.” Taking elements of the Velvets’ drone, Sunshine Pop harmonies, British Psychedelia, and choice Nuggets pieces, each group mixed them in varying amounts to create their own distinct sound.

As Vicki Peterson relates in the liner notes: “We joke about it now, but it really is like we went to school together. Paisley High, Class of ’83. We were each a little different: diligent students and fuck-ups, eager newbies and experienced band veterans … but we all shared an anachronistic fascination for the music and culture of the 1960s. When we eventually found each other, in 1981 and ’82, we bonded together like social outcasts on the Quad.”

These grads of Paisley High, Class of ’83, all went on to enjoy long careers in music, and are still active today. The Three O’Clock released several albums in the ’80s for Frontier, I.R.S., and Prince’s Paisley Park labels. They reformed in 2013, with principal members Michael Quercio (vocals/bass), Louis Gutierrez (guitars) and Danny Benair (drums) along with keyboardist recruit Adam Merrin, to perform at the Coachella Music Festival. The Bangles enjoyed wide success on Columbia Records throughout the ’80s with hits like “Manic Monday,” “Walk Like an Egyptian,” and “Eternal Flame.” Their 3 x 4 recordings feature a lineup consisting of all four original members, including bassist Annette Zilinskas.

Rain Parade made albums on Enigma and Island during the ’80s before splintering. Matt Piucci spent time with Crazy Horse. David Roback formed the band Opal with the Dream Syndicate’s first bassist, Kendra Smith, before teaming with Hope Sandoval in Mazzy Star (“Fade Into You” fame). Roback’s brother Steven founded Viva Saturn with fellow Rain Parader John Thoman in the ’90s. Those two joined Piucci in reviving Rain Parade in 2012. Between 1982-89, the Dream Syndicate put out a quartet of acclaimed albums. After years of solo or short-term group projects, Steve Wynn reconstituted the Dream Syndicate in 2012 with original drummer Dennis Duck, long-time bassist Mark Walton, and guitarist Jason Victor.

3 x 4: The Bangles, The Three O’Clock, The Dream Syndicate, Rain Parade winds up not just only celebrating these bands’ shared past but also celebrating how the musicians are today. As Steve Wynn puts it: “I’m glad we’ve kept this thing going. I’ll go on a limb here and say that we all like and respect and admire each other as much as we did back in 1982, maybe even more. We’ve lived lives and learned a few things and know how important and lucky it is when like-minded souls find each other and collide on something really exciting. It’s all still happening!”