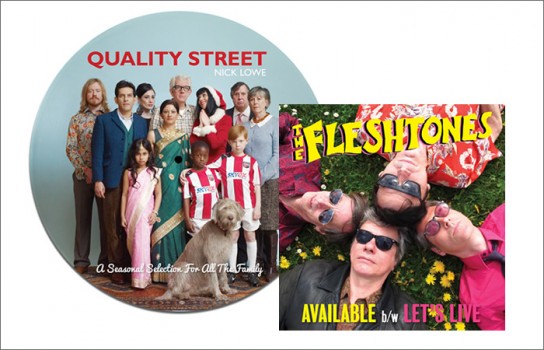 The holidays are coming up fast, and so is the biggest shopping event of the season, Black Friday.  This year, Yep Roc has two Record Store Day Black Friday exclusive titles that will shake you out of your pumpkin pie daze and get you to your nearest record store – a stellar Nick Lowe 12″ picture disc of his new Christmas album Quality Street, and The Fleshtones’ 7″. 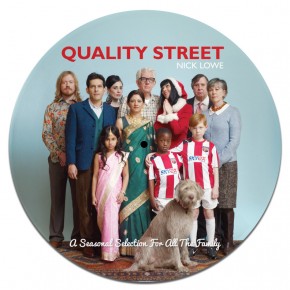 Born out of an idea hatched at Yep Roc 15 last fall, Quality Street features three new Nick Lowe originals including one co-written with Ry Cooder. Also featured is a new song by Ron Sexsmith written expressly for Nick, plus other holiday favorites by Roger Miller, Roy Wood, and even a few traditional chestnuts – all performed in in Nick’s singular style.  This picture disk LP, which takes the album’s cover art and screens it onto the actual vinyl, is only available for Record Store Day Black Friday 2013 and is limited to 1,000 pieces.

The other is from Brooklyn-based legends The Fleshtones, aptly dubbed “The Kings Of Garage Rock.” The band’s 7″ is its first RSD title, of the single “Available” b/w “Let’s Live.” This release is limited to 1000 copies worldwide.
Find a participating record store near you HERE.
Tags: Available b/w Let's Live, black friday, nick lowe, Quality Street, Record Store Day, The Fleshtones, Vinyl