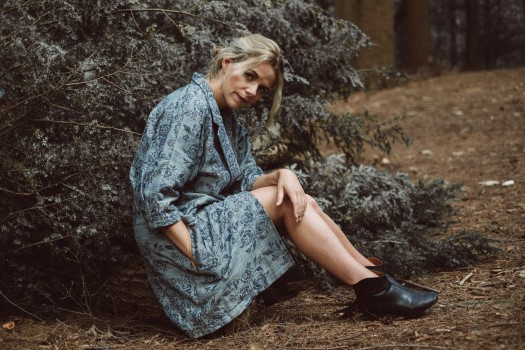 Critically acclaimed musician/songstress Aoife O’Donovan releases the official video for “Porch Light” today. Fresh off a series of sold-out headlining shows, she performed the song live alongside Chris Thile (who also guests on the album version of the track) for the first time on Saturday’s taping of A Prairie Home Companion.

True to the familial theme of O’Donovan’s recently released second solo album In The Magic Hour, the video was created by O’Donovan’s cousin Alex Henes with Alex Huninghake and Anthony Tocchio and shot around the Los Feliz in Los Angeles, CA.

“A few months ago, I was sitting at the Troubadour in LA having a beer with my cousin, filmmaker Alex,” Aoife said. “I’d been thinking of some sort of weird animation for ‘Porch Light’ with a very literal take on the lyrics, and what he created is perfect. I love the splashes of color — they really evoke the “life of restlessness” mood.”

O’Donovan continues to tour in support of her highly praised In the Magic Hour. Following upcoming appearances with the Orlando Philharmonic and A Prairie Home Companion, O’Donovan will hit many summer festivals, including stops at Nelsonville Music Festival and at the renowned Newport Folk Festival. A full list of dates is below.

Produced by Tucker Martine (The Decemberists, Neko Case) and including special guests Chris Thile, Sara Watkins, Sarah Jarosz and Gabriel Kahane among others, In The Magic Hour is Aoife O’Donovan’s follow-up to her 2013 solo debut Fossils, which earned props from the New York Times, NPR and President Obama, who included a track on his 2015 summer vacation playlist.

Written in the wake of her grandfather’s death, the album is a “gorgeous” (Rolling Stone Country) and “exhilarating…exploratory” (MOJO 4-star) ode to her idyllic childhood summers surrounded by family. The Guardian said Aoife possesses “the ability to surprise an audience with the contrast between her gentle appearance at the microphone and the invisible punch of her performance.”