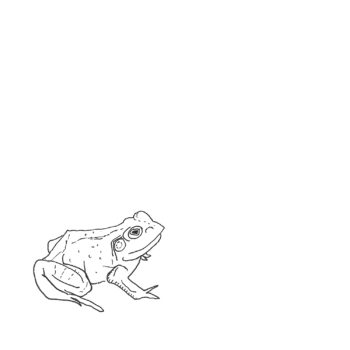 A fascinating and arrestingly beautiful song cycle, Bull Frogs Croon had its origins in 2015 when O’Donovan, violinist and composer Jeremy Kittel, and young conductor Teddy Abrams were commissioned to create a new piece of music for Oregon’s Britt Music and Arts Festival. While researching the project, Aoife was introduced to Oregon’s poet laureate Peter Sears, whose work would serve as the lyrical source material for the three songs on Bull Frogs Croon.  Sears, who passed away in 2017, attended the premiere performance of these songs in 2015, observing “When poems are set to music an entirely new creation springs forth.”

Today, Aoife has shared “Night Fishing,” one of the songs which draws on Sears’ poetry.  Of the original poem she says, “It was the opening line that drew me in: ‘The water is a glaze like loneliness at ease with itself.’ That idea really struck a chord.”

While the 2015 premiere of Bull Frogs Croon was performed by a full orchestra, O’Donovan elected to strip the studio recording back to an elemental string quartet consisting of violinists Kittel and Brittany Haas (Crooked Still, Hawktail), violist Mario Gotoh (Silkroad Ensemble, Broadway’s Hamilton) and bassist Paul Kowert (Punch Brothers, Hawktail).  In addition to three new compositions, the EP — which was co-produced by Aoife and Kittel — consists of fresh takes on two songs that have been part of O’Donovan’s repertoire for years: the Irish folk song “Lakes of Pontchartrain,” and Hazel Dickens’ “Pretty Bird.”  Says Aoife: “The through line for me is that the poetry of both of those songs fit well with how Bull Frogs Croon ends in such a beautiful loving way.”