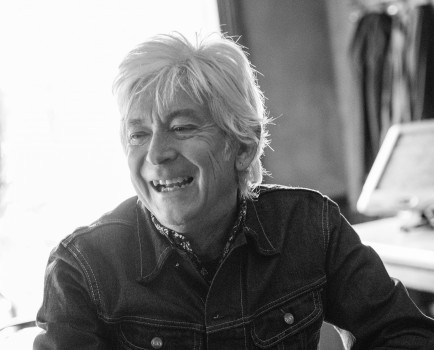 It is with great sadness and eternal admiration that we report the passing of rock and roll icon Ian McLagan.  Ian was a member of the “Small Faces” and “Faces” and was inducted into the Rock and Roll Hall of Fame in 2012. He died December 3, 2014, surrounded by family and friends in his adopted hometown of Austin, TX, due to complications from a stroke suffered the previous day.  He was 69 years old. Read David Fricke’s beautiful remembrance of Mac now in Rolling Stone.

His manager Ken Kushnick says,  ”He was a beloved friend to so many people and a true rock n roll spirit. His persona and gift of song impacted the music across oceans and generations.”

Ian’s bandmate in Small Faces and Faces, Kenney Jones said, “I am completely devastated by this shocking news and I know this goes for Ronnie and Rod also.”

Ian’s artistry, generosity and warmth of spirit touched countless other musicians and music fans around the world.  His loss will be felt by so many.

British rock legend Ian McLagan released United States, his first studio album in five years, June 17, 2014. The album, his first since being inducted into the Rock and Roll Hall of Fame as a founding member of the Faces, alternates between lusty grooves and reflective musings, showcasing McLagan’s beguiling charm and timeless gift for crafting memorable hooks. Yearning standout “Love Letter” leads into the smooth and moody take-charge song “Who Says It Ain’t Love,” while “Shalalala” draws from classic soul and “How Blue” rides a boogie-woogie shuffle.

The 10 original tracks on United States feature McLagan on vocals, keys, and guitar, joined by his longtime collaborators the Bump Band (’Scrappy’ Jud Newcomb, Jon Notarthomas, and Conrad Choucroun), with Leigh Mahoney (David Byrne, the Tosca Strings) on violin for album closer “He’s Not For You.” McLagan recorded and produced the album at his own The Doghouse Studios in Manor, TX. The songs were mixed by longtime friend Glyn Johns (The Faces, The Who) and mastered by Bob Ludwig (Led Zeppelin, the Rolling Stones).

McLagan recorded his 2009 album ‘Never Say Never’ after losing his wife Kim in a tragic car accident. CBS Sunday Morning hailed it as a “knock-out of an album,” and Mojo described it as “Pub Rock’s answer to ‘Blood On The Tracks.'”

McLagan’s musical career began in the 1960’s in the UK as the keyboard player for the Small Faces and the Faces. He has performed and recorded with the Rolling Stones, Bob Dylan, Bruce Springsteen, and Billy Bragg among others. McLagan relocated to Austin, TX in 1994 and has been a key player in the thriving music scene there for two decades. The Faces reunited (sans Rod Stewart) for a charity performance at Royal Albert Hall in 2009 and performed select dates over the next three years, including their Rock and Roll Hall of Fame induction ceremony in 2012.