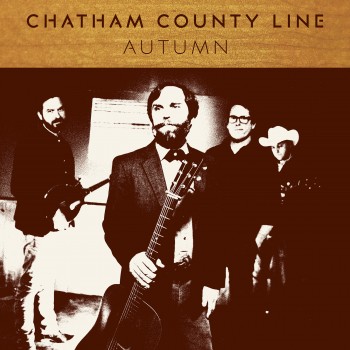 Hailed by All Music as ”one of America’s best acoustic groups,” Chatham County Line will release their seventh studio album, Autumn, September 2, on Yep Roc Records. The album is now available for pre-order at digital providers or label webstore with an instant download of “You Are My Light,” which is featured on all streaming services.

Boasting 11 original songs, the album was produced by Wilson and recorded in two sessions at Fidelitorium Recordings in Kernersville, NC, over the falls of 2014 and 2015, with finishing touches at Overdub Lane in Durham, NC.

Drawing upon a broad array of American roots influence, “Chatham County Line is much more than your average banjo-playing, fiddle-fueled combo” (Blurt). With poignant songwriting and inventive acoustic arrangements, highlighted by trademark three-and four-part harmonies, the veteran ensemble is “well-deserving of inclusion on a list of America’s best modern string bands” (The Bluegrass Situation).

Tracklisting:
“You Are My Light”
“Bon Ton Roulet”
“Siren Song”
“Rock in The River”
“Jackie Boy”
“All That’s Left”
“Bull City Strut”
“Dark Rider”
“Moving Pictures Of My Mind”
“If I Had My Way”
“Show Me The Door”

Autumn is out September 2nd via Yep Roc Records. Pre-order now on CD/LP, bundle with an exclusive t-shirt, or pre-order digitally.