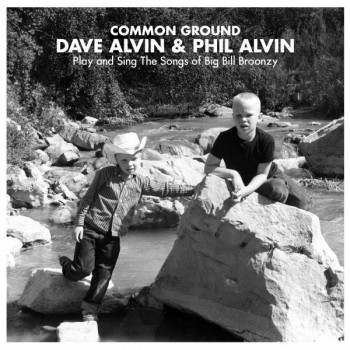 Watch Dave and Phil discuss Big Bill and their own history as brothers in the video player below.

“We argue sometimes, but we never argue about Big Bill Broonzy,” says Dave when explaining why he and brother Phil, who haven’t made an album together in almost 30 years, were inspired to record Common Ground: Dave Alvin + Phil Alvin Play and Sing the Songs of Big Bill Broonzy set for June 3 release on Yep Roc.  The Alvin brothers, who founded seminal early LA punk roots band The Blasters in 1979, have shared a fascination with Broonzy since childhood.  After an illness nearly took Phil’s life in 2012, they resolved to return to the studio and pay tribute to the blues legend. Common Ground includes 12 songs that capture a 30-year cross section of Broonzy’s canon, performed by the Alvins’ in their signature style of rollicking roots and stomping country blues.