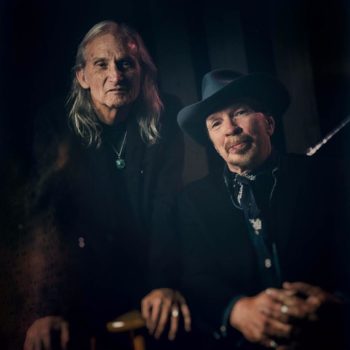 Though Texas born Gilmore was twice named ‘Country Artist of the Year’ by Rolling Stone, and California native Alvin first came to fame in the hard rocking rhythm and blues band The Blasters, they discovered that their musical roots in old blues and folk music are exactly the same.

Audiences attending these spontaneous shows will hear classic original compositions from the pair along with choice songs that include a wide spectrum of songwriters and styles from the likes of Merle Haggard and Sam Cooke, to the Young Bloods.

*Dave Alvin & Phil Alvin with the Guilty Ones