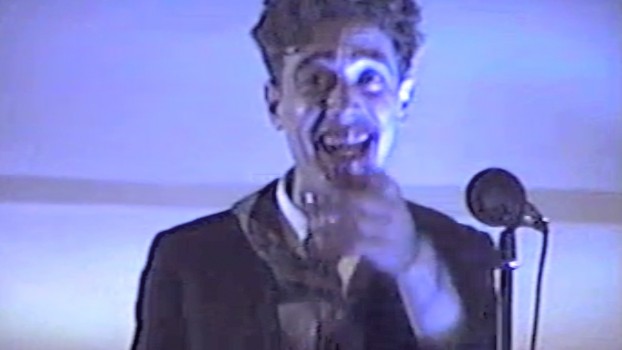 Enter the RUFF World with Born Ruffians’ “We Made It” Video

Born Ruffians have shared the first music video from their forthcoming album RUFF, for the track “We Made It.”

Inspired by weird videos like Memory Hole, the band’s concept for the video was to make it like an unfolding art project. The video contains a storyline about a down-on-his-luck man “making it”, but is intercut with chaotic, frantic dream-like footage. There is something fundamentally disorienting to it.

The band had this to say about the “We Made It” video and their new album,

“It will become more apparent in the months ahead, but the video hints at some other weird things that we’ve been up to. This album release is loaded with surprises and we’ve wanted to treat everything we do that way, from the physical album, to the videos, to the live show. We want to treat this video as a treasure hunt of sorts – the narrative is non-linear and demented, but as the months progress and we release more content, the meaning and interpretation of this video changes. This is the viewer’s visual entry into “RUFF world” – a weird, deranged dreamlike space, not unlike the album’s artwork. The 90s homemade VHS video camera style ties into other things in the works, and the editing style reminds viewers of the look of taping over old footage on VHS tapes.”

Watch the video for “We Made It” below.

RUFF is out October 2nd and is now available for pre-order on CD, LP, and a mysterious Deluxe edition, or in an exclusive bundle.