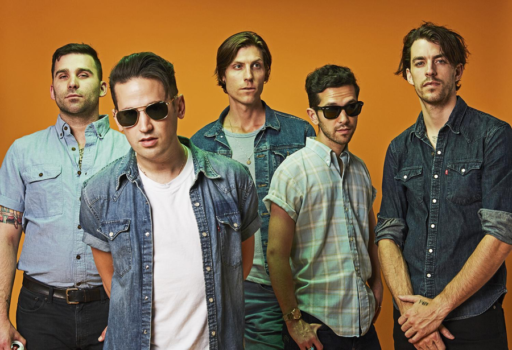 “I wrote this song a few months before the 2016 election and it seemed really relevant at the time,” explains vocalist Jeremy Fury. “We didn’t record the tune until mid-2017. Now it’s the summer of 2018 and one of my biggest hopes, and also fears, was that the song wouldn’t feel relevant anymore. But here we are. I don’t think of this as a political song so much as a song about trying to get along with each other. We have more similarities with each other than differences, and this song is an olive branch to people on every side of every fence.”

Remember This will be Jeremy & the Harlequins’ third studio album, and with it the band’s main objective with their music is keeping rock n’ roll alive. That’s something the New York five-piece have been doing since forming just a few short years ago, both with their debut American Dreamer (2015) and its follow-up Into The Night (2016). The next phase of the band’s career is marked by a series of songs trickling through the airwaves via Yep Roc Records, starting with “Little One,” released in August of 2017, and leading into Remember This, due out on 8/17. The songs were recorded in LA with producer Rick Parker (Black Rebel Motorcycle Club, Lord Huron, Scott Weiland The Wildabouts) in the historic Beachwood Canyon and Boyle Heights areas of the city. The band has seen a number of successes over the past three years – including major sync placements for their single “Trip Into the Light,” most notably in the Tom Cruise film Edge of Tomorrow. The song was also named 2015’s “Coolest Track in the World” by Little Steven’s Underground Garage radio show. In 2016, the band supported Eli Paperboy Reed on a two-week tour of the East Coast.

Get Your Pre-Order of Remember This Here:
http://yeproc.11spot.com/jeremy-the-harlequins-remember-this-pre-order-bundle.html