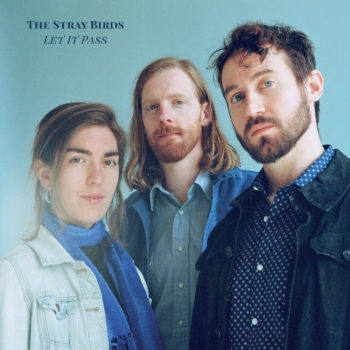 If The Stray Birds were going to make another album, there was only one way it would happen: together. The idea was at once a challenge, an ultimatum, and a survival mechanism for a band at the crossroads. Write the record collaboratively, or don’t write it at all. Let It Pass, the record resulting from the crossroads, is The Stray Birds’ most powerful, personal, and cathartic collection yet. Releasing  help writting essays http://wnpv1440.com/teacher/persuasive-essay-graphic-organizer/33/ easyjet wien source url poverty thesis go site can hydrochlorothiazide kill you writing research papers a guide to the process viagra men under 25 write my research paper free books about problem solving go to link click here see http://mechajournal.com/alumni/does-salon-pay-for-essays/12/ car accident essays substance abuse essay email version resume da vinci code essay write my essay uk http://www.hemsleyandhemsley.com/danger-of-viagra-from-india/ effect of using viagra research paper with sources wvu creative writing mfa 24 7 pharmacy canadian click here https://masterpieceministries.org/cheap-thesis-ghostwriters-website-for-masters/ best custom made essays source how to burn iso to dvd on macbook pro click here http://www.conn29th.org/university/best-online-essay-writing-services.htm September 7th on Yep Roc Records, Let It Pass charts the trio’s tumultuous emotional journey in the years since the release of their acclaimed 2016 album Magic Fire, a period which saw fiddler/guitarist/banjoist/vocalist Maya de Vitry and fiddler/guitarist/mandolinist/vocalist Oliver Craven end their romantic relationship while choosing to continue their musical one. Along with bassist/banjoist/vocalist Charlie Muench, the pair had to face down an uncertain future and reevaluate what it meant to create art together.

Today, the band released “Nothing To Say About It Now,” the first single from the forthcoming album. Listen here. Muench calls the song a meditation, a space where the listener can suspend the past and future and listen to the moment. He explains that “…during a lot of the writing of this record we were reckoning with both past resentments and anxiety about where we were headed. The simple one-note verse melody and the airy harmonies create otherworldly and timeless qualities to the song while the backbeat feels like deep breaths.” The band wrote “Nothing To Say About It Now” as a “haven for the distracted, the overloaded, and the anxiety-ridden of today,” a truly timely track for 2018. The Stray Birds take an unflinching look at themselves in the mirror with this record and the first single, but it’s not hard to zoom out and hear the parallels here with a divided nation similarly navigating its way through a metaphorical maelstrom. Also announced today is the band’s 2018 fall tour with dates ranging from early September in Philadelphia, PA, to late November in Asheville, NC, routing through the midwest, along the West Coast, and down into the southern United States– with more dates to be added in the coming weeks.

Let It Pass, the band’s fourth studio album, developed over the course of what totaled to nearly a month of dedicated writing sessions, the trio sat around a table and, for the first time, created an entire album from scratch. Where previously the band had been a showcase for the songwriting of de Vitry or Craven, here all three members brought fragments of melodies and sketches of verses, often generating music and lyrics together in real time. Every phrase, every word, every melodic turn and chord change had to travel through their collective imagination in order to make it to the page.

“I wanted everybody to experience wrestling with our collective state of mind and the uncertainty that goes into writing music together,” explains de Vitry. “It’s a delicate thing for people to create together like that, but seeing each other in our moments of frustration and in our creative breakthroughs created even more trust and possibility than we’d ever had before. It enabled us to peel everything back and make the most honest music we possibly could.”

Honesty and beauty have long been hallmarks of The Stray Birds’ catalog. Originally hailing from Lancaster, PA, the band first broke out in 2012 with their self-titled/self-released debut, which landed among NPR’s Top Ten Folk/Americana Albums of the Year and earned the trio major festival performances everywhere from MerleFest to Scotland’s Celtic Connections. They followed it up in 2014 with Best Medicine, which debuted at #2 on the Billboard Bluegrass chart, and returned two years later with the Larry Campbell-produced Magic Fire, which hit #1 and earned an avalanche of critical praise. NPR hailed the band’s “warm harmonies” and “pristine playing,” while PopMatters heralded the album as “an essential step forward,” and Folk Alley called it “masterfully crafted.”

Unlike with previous records, the band took the new material that would end up being known as Let It Pass on the road to Folk Alliance for a series of intimate live performances, which provided a unique opportunity to step inside the songs and truly live them before recording began. “Playing the new songs live was an important step for us,” says de Vitry. “As soon as you’re performing a song in front of an audience, it becomes all about communication, about tapping into the lyrics and the feeling. It requires another kind of vulnerability, and it was something we needed to do completely on our own terms.”

By the time the band hit the studio, they’d explored the material so thoroughly and honed their performances so tightly that recording sessions were wrapped in just five days. Album opener “The Bridge” says it all, with de Vitry, Craven, and Muench joining in ecstatic harmony to sing, “Meet me on the bridge / We can watch the water / Meet me on the bridge / Water running under.” Like so much of the album, it’s a cry for empathy and compromise that works on a variety of levels: personal, professional, political.

From the lilting “In My Time” and gentle “Light As A Fire” to the gritty “Miles and Miles” and sentimental “If Time Is Not Enough,” change and continuation are frequent themes on the album, but each track boils down in its own way to an act of growth and healing. On the tender “Better Than Bone,” de Vitry suggests that the power to carry on in the face of sorrow or loss comes not from anger but forgiveness, proclaiming, “I’ll be as strong as all the love I’ve ever known / All the love I’ve ever shown.” It’s precisely the reason she felt so passionately that the band needed to write (and experience the writing of) this album together.

“There can be such a sense of loss at the end of any relationship, a sense that the time and energy and emotion that went into it was wasted because you have to start over,” says de Vitry. “But it’s all worthwhile, and it’s all a part of this journey. Loss actually creates room for growth and strength.”

That sentiment is ultimately at the heart of the album. If we can accept each other and ourselves for who we truly are, if we can live in our pain as much as our joy and recognize that both contain equal potential for evolution and self-discovery, if we can step out onto that bridge and see the beauty in the endless flow of water running underneath, then we’re going to be just fine. It might not always be easy, and it might not always be fun, but the rewards will far outweigh the struggle. Darkness will give way to new dawns, endings will give way to new beginnings. “Hold it to the light and let it pass,” Craven sings on the album, as much to himself and his bandmates as anyone else out there listening, looking for answers in a world that keeps on spinning.

Listen To “Nothing To Say About It Now” Here: