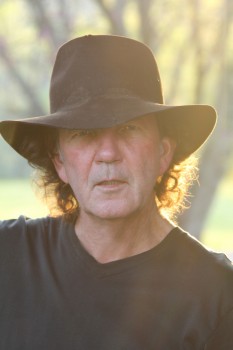 Tony Joe White “The Swamp Fox” celebrates his 70th birthday today with the premiere of his song “The Gift,” off his upcoming album, Hoodoo, due out in September. The swamp-rocker talked to the Los Angeles Times about the making of the record:

“There’s some actual magic that came over all of us when we were doing this,” White recalls. “I would sit down with my drummer Cadillac [Bryan Owings] and my bass player the Troll [Steve Forrest], play 20 seconds of the tune, and then say, ‘We’re gonna hit record, and you just play what comes into your heart.’ It’s like everyone is getting the hoodoo sensation. Spontaneity is beautiful.”

Listen to the “The Gift” HERE on the LA Times.

White was born in Oak Grove, Louisiana in 1943 and was raised on a cotton farm that was owned by his father. After he finished schooling, following a stint driving a truck in Georgia, he formed a series of bands and took to the road. A trip to Nashville in 1966 was marked by one lucky break after another, and his fruitful recording career began at the fabled country-soul crucible of Monument Records.

Gems like “Polk Salad Annie” and “Rainy Night in Georgia” were just the beginning, as he proceeded to write, record, and perform regularly through the present day, finding great success both at home and abroad. Through the years, his songs have been recorded by everyone from Tina Turner to Elvis Presley to Ray Charles.

Culled from an initial stack of roughly seventeen tunes, the nine songs that comprise Hoodoo come alive in the haunting atmosphere and intensity of the stripped-down recording process. Cut mostly live to tape—vocals and all—much of Hoodoo consists of first takes.