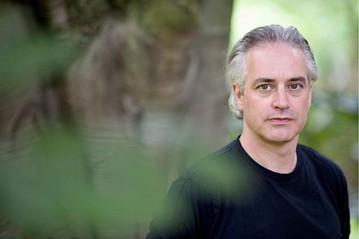 Twenty-five years after the release of his debut album, celebrated author, NPR personality and singer/songwriter Wesley Stace, formerly known by his stage name John Wesley Harding, returns with Self-Titled, his first ever record under his given name, September 17. The Wall Street Journal premiered the first track from Self-Titled, “When I Knew.” Listen now in the player below.

Stace chose not to use his well-established stage name for Self-Titled due to the considerably more personal nature of the new songs: “Novels seem to take care of the intellectual business for me these days, and my songs have become a lot more intimate and autobiographical, requiring a different musical treatment entirely. It seemed ridiculous to sing them under any name but my own. It’s time to bring everything under one roof.”

Self-Titled features two songs, “When I Knew” and “Stare At The Sun,” co-written with the Fiery Furnaces’ Eleanor Friedberger. Both tracks appear in alternate versions on Personal Record, Friedberger’s critically acclaimed new record co-written with Stace. SPIN hails the pair’s “easy collaboration” while NPR Music notes that Harding “knows a little something about smart love songs of every stripe.”

Check out the Self-Titled track listing below:

5. We Will Always Have New York

15. The Bedroom You Grew Up In