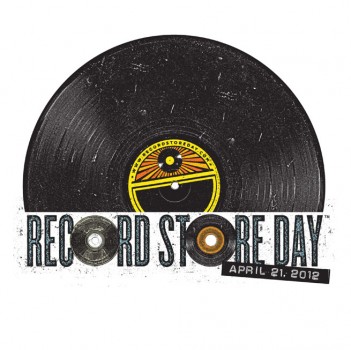 Record Store Day is this Saturday, April 21st, and Jukebox the Ghost, Paul Weller, John Wesley Harding, and Jim White have some exclusive goodies for those who celebrate.

Jukebox the Ghost will release a studio version of  their take on Donna Lewis’ hit song, “I Love You Always Forever”  along with their version of New Order’s “Temptation,” as a limited edition 7-inch vinyl record on Record Store Day. All 500 record jackets are hand drawn by the band, and 10 of the 500 contain a “Golden Ticket.”  This ticket can be redeemed for a free CD copy of Safe Travels, due for release on June 12, as well as a free t-shirt and other Jukebox the Ghost goodies. In addition, one of these winners will be drawn at random to receive 2 free tickets to a Jukebox the Ghost concert, and a “pizza party” with the band the next time the band comes through town.  Check out the video below to see how the band came up with the 7’ cover design.

Paul Weller will follow the release of his new album, Sonik Kicks, with an exclusive Record Store Day 7″ featuring the new single, “That Dangerous Age” and a non-album track, “The Piper,” pressed on red vinyl.  This is limited to just 1,000 copies and is only being released in the US.

In the meantime, feel free to jam out to a special Yep Roc RSD playlist by clicking the Spotify button below. To find a participating Record Store Day outlet near you, you can find more information at www.recordstoreday.com.