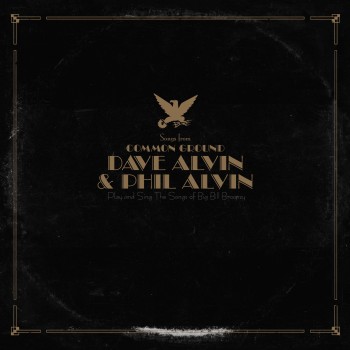 Yep Roc Records is pleased to announce that we will be releasing a total of five limited edition pieces for Record Store Day on April 19. The releases include a 5 LP box set from the Minus Five titled Scott the Hoople in the Dungeon of Horror, a split 7” from the Autumn Defense and Josh Rouse that includes covers of Bob Welch’s “Sentimental Lady” and Lindsey Buckingham’s “Trouble”, Ovid in Exile by Wesley Stace, a 7” from Southern Culture on the Skids with Fred Schneider from the B-52s titled “Party at My Trouse”, and Songs from Common Ground: Dave Alvin + Phil Alvin Play and Sing the Songs of Big Bill Broonzy.

Read below for a playlist of live performance and interview content from our Record Store Release artists:

The Minus 5 is giving devoted fans a very special treat this Record Store Day. On April 19, the band will release its latest album, a box set consisting of five LPs of brand new material. Recorded primarily in the basement of M5 surgeon general Scott McCaughey, the songs are the product of sporadic spare moments of inspiration over the last two years. The subterranean studio, a/k/a The Dungeon of Horror, is a concrete cubicle walled off by shelves full of LPs, so it is only natural that this collection of songs will be released strictly on vinyl. One hundred of the 750-edition album set are pressed on colored vinyl that corresponds with the complex color-coded system of credits detailing the musical contributions of the many talented contributors to the project. Watch an exclusive video of The Minus 5 performing one of the new RSD tracks via Blurt.

Ovid in Exile is Wesley Stace’s exclusive vinyl only release for Record Store Day 2014. Subtitled “The Songs behind Self-Titled”, it contains twelve of the solo acoustic demos recorded in Portland on 11/10/11 and bears the simple legend: “Produced by Scott McCaughey. Recorded by Tucker Martine. Played by Wesley Stace. “

Stace performed 45 songs in that four hour session later called “Songs in the Lydian Mode”. Twenty-one of these were subsequently recorded for Self-Titled, of which sixteen made the finished album. This epic session included twelve songs co-written with Eleanor Friedberger, many of which were subsequently recorded for her much-praised “Personal Record”.

Ovid in Exile contains the original acoustic versions of six songs that ended up on Self-Titled. Side one features five of these (and an otherwise unreleased song,”Carmen et Error”) re-sequenced into the “Ovid in Exile” suite. The second side, “Five Songs and a Mistake”, includes “The Buzz”, later recorded with The English UK for the “Making Love To Bob Dylan” 12″, and “Old Man and the Bird”, recorded by Megain Reilly on her album The Well.

The cover shows Ovid’s statue in Constanta on the Black Sea where the poet was exiled in 8 AD for “a song and a mistake”. The vinyl is gold, the package is opulent, and the release is limited to 500 copies. Click here to listen to “Old Man and the Bird.”

Southern Culture on the Skids:

Southern Culture On The Skids is back with a new single–two in fact. The band has recently spent some time with Fred Schneider (of the B-52’s), and in their time together they have co-written, produced and performed two new tracks:  “Party At My Trouse” and “Hey Mary.” Yep Roc Records is happy to be releasing the two new songs as a 7″ single as a Record Store Day exclusive piece. You can stream “Party At My Trouse” here.